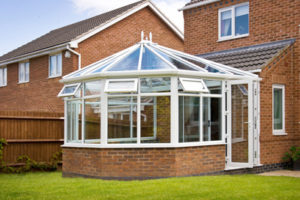 It’s an age-old question asked by many a homeowner.

If you add a conservatory to your home, will it increase the market value of the house?

The answer isn’t quite as straightforward as you might hope. “Conservatories will add value to a home,” says Mark Hayward from the National Association of Estate Agents, “but they need to be made with quality materials and provide a lot of light in order for the value to be significant.”

Despite this, there really are some compelling reasons to add a conservatory, which are worth considering before getting too caught up in the numbers.

Why people add conservatories to their homes

If you’ve ever undertaken a large home renovation, you’ll know that living through the mess and upheaval can be pretty stressful. This is why some homeowners seek a different approach to increasing the amount of floor space they have available.

Enter the conservatory, which is just as usable as an additional room but far less obtrusive and destructive when it comes to the build. Most conservatories can be installed without significantly impacting the lives of those living in the house, which is just one reason they’re so popular.

They also enable homeowners to enjoy their gardens more – even when the weather doesn’t permit them to actually be outside.

Another popular reason for adding a conservatory is to give the kids a separate space in which to make a mess, or to finally set up that home office you’ve been promising yourself.

Square footage is usually a sure thing

Most estate agents, property developers and architects will tell you that adding square footage to a home will almost always increase its value.

But there are, of course, exceptions. It depends largely on the ceiling price of your home (i.e. the maximum amount people are ever going to pay for it in the current market), exactly how much space you’re adding, and where you are adding it.

However, just like any home extension, the value of adding a conservatory can be estimated fairly accurately to help you budget, plan and get an idea of how much more your house might be worth once the installation is finished.

How much could a conservatory increase the home value by?

Conservatories vary wildly in cost. It depends, of course, on how big you want yours to be, but also the type of fit and finish you want, too.

Let’s say you’re going to spend somewhere in the region of £4,000-£10,000 on your conservatory. If that’s the case, you could see an increase in the value of your home by around 5%.

This works out at an average of about £15,000, which is an appreciable amount and may offer you more wiggle room when negotiating with buyers during the selling process.

The importance of striking a balance

There’s another key element which will in part dictate how much your home will be worth after adding a conservatory: the garden.

There’s no escaping the fact that adding a conservatory to your home will reduce the amount of garden space you have available; that’s part and parcel of most home extensions.

Given that a garden can also significantly increase the value of your home, it’s vitally important to strike a balance between the floor space you gain inside from adding a conservatory, and the ground space you lose outside.

If your garden is pleasant enough but not particularly large, adding a conservatory could actually have a negative impact on the value of your home. People want the best of both worlds, therefore if you decide to sell your home in the future and potential buyers are wowed by the internal space but dismayed by the garden, you could have trouble achieving your ideal price.

The best conservatories flow seamlessly and naturally between the indoors and the outdoors without occupying too much of the outside space, while still providing the desired space inside.

It’s important to bear in mind that all of the figures quoted in this article are just an average – it certainly isn’t a guarantee of the increased value of your home should you install a conservatory.

If you do decide to install a conservatory, and want to get a good idea of how much the value of your home might increase by, it’s always sensible to consult a few estate agents. This will give you a broad idea of the value, and can help you to decide whether or not it’s a good investment for your home.